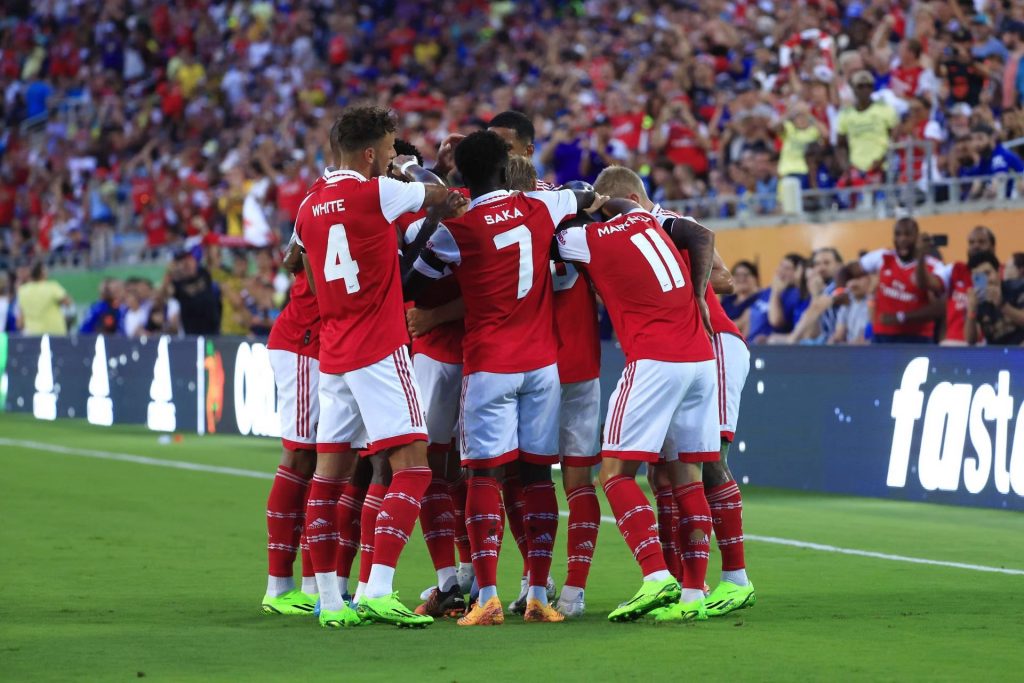 As Leicester City visits the Emirates Stadium on Saturday afternoon, Arsenal will look to their winning race into the EPL and Leicester will be hoping to improve their momentum coming into this match.

Last year, Arsenal’s decision to open the new Premier League campaign in a London derby away from home spelled problems, but Mikel Arteta’s strengthened team made sure that lightning would not strike twice with a professional display against Crystal Palace last Friday.

Aaron Ramsdale had to save his team on more than one occasion, but in the end, a Gabriel Martinelli header from a skillfully executed corner routine and a Marc Guehi own goal gave the Gunners the victory.

With the help of Zinchenko’s assist, Gabriel Jesus’s spirited performance, and William Saliba’s man-of-the-match showing, the trio of debutants set early benchmarks for the months to come as Arsenal looks to get their efforts at the Emirates off to a strong start.

As Timothy Castagne and Kiernan Dewsbury-Hall scored for the Foxes against Brentford to put them two goals ahead, Leicester fans temporarily forgot about their side’s failure to make a single new acquisition as an essentially identical first-team squad took to the field on the opening weekend.

But shortly after the hour mark, things began to change for the home side as they struggled leaving Brentford to take advantage 9f that and finding an equalizer.

Although Leicester’s Premier League unbeaten streak now stands at five games, they only managed four league victories away from home during the whole 2021–22 season, and their lone away clean sheet came against Burnley in March.

The Foxes have mostly lost to the Gunners in the EPL and same happened last season too. We don’t expect much from Leicester this time around also.

Arsenal looks so sharp and organized in their last match having added some quality players to their team. We see a tightly battled match but considering history and both teams right now, we see nothing more than a home win here.