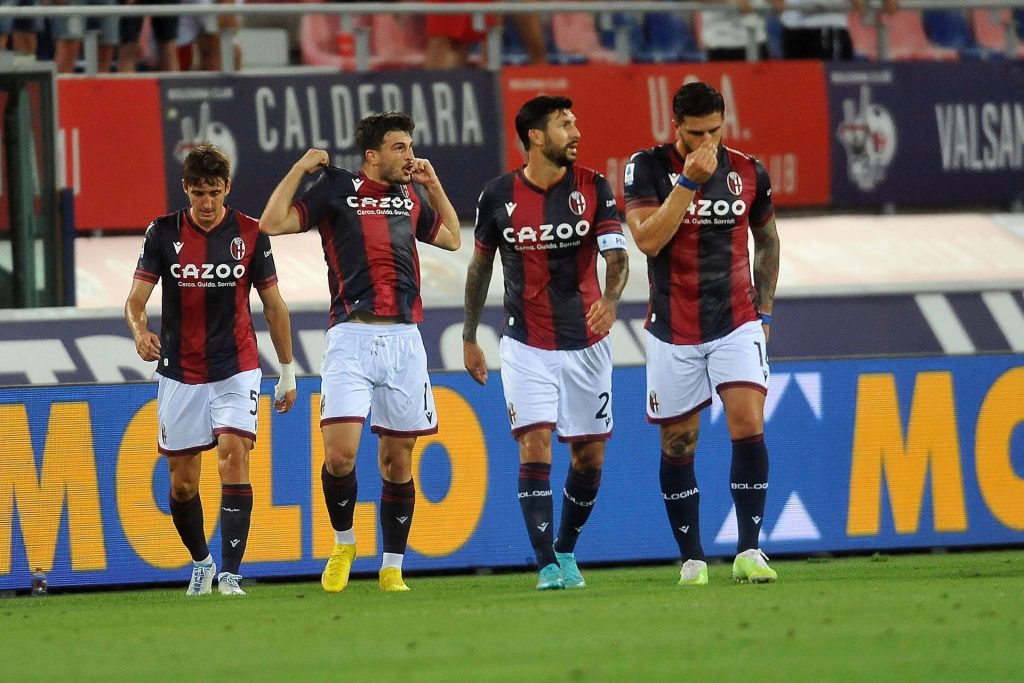 Bologna will be playing host to Salernitana at home on Thursday evening and Salernitana will be looking to continue their impressive record here after a victory Sampdoria.

Bologna Vs Salernitana Tips and Prediction

The home side have just taken a draw from their 3 opening three games in the league this season which was about Hellas Verona followed by defeats against Lazio and AC Milan.

Despite having the advantage in possession over the Scudetto holders last weekend, I Rossoblu were trounced at San Siro and failed to produce even a single shot on goal. Bologna at least kept all 11 players on the pitch this time after seeing Adama Soumaoro and Riccardo Orsolini sent off in their last two league games against Lazio and Verona, respectively.

As they move into September, head coach Sinisa Mihajlovic will have a lot on his mind with matches against Salernitana, Spezia, and Empoli in the near future.

Salernitana and Bologna have a mixed record against one another, with each team winning, drawing, and losing two games. Nevertheless, they managed to defeat them last year and secure four points.

The leading scorer from the previous season, Marko Arnautovic, scored in both games against the Garnets, and the seasoned Austrian will be confident of scoring again on Thursday after doing so twice in three games so far this year.

Salernitana recovered their form in front of goal last weekend as they secured an amazing home victory against Sampdoria. This comes after they failed to win or score in their first two Serie A matches of the new season.

Salernitana has not lost any of their last five Serie A away games, which is a record for the tournament, although they have never defeated Bologna on the road, losing seven of those games and drawing the other two.

The Garnets needed 10 Serie A games to get seven points last season, but with a win on Thursday, they would have reached that total after just four games this year.

Following their resounding victory over Bologna last weekend, Salernitana enters this match in high spirits. Bologna, however, will be fired up in an effort to reverse their recent fortunes. However,we will be anticipating a draw in this match.