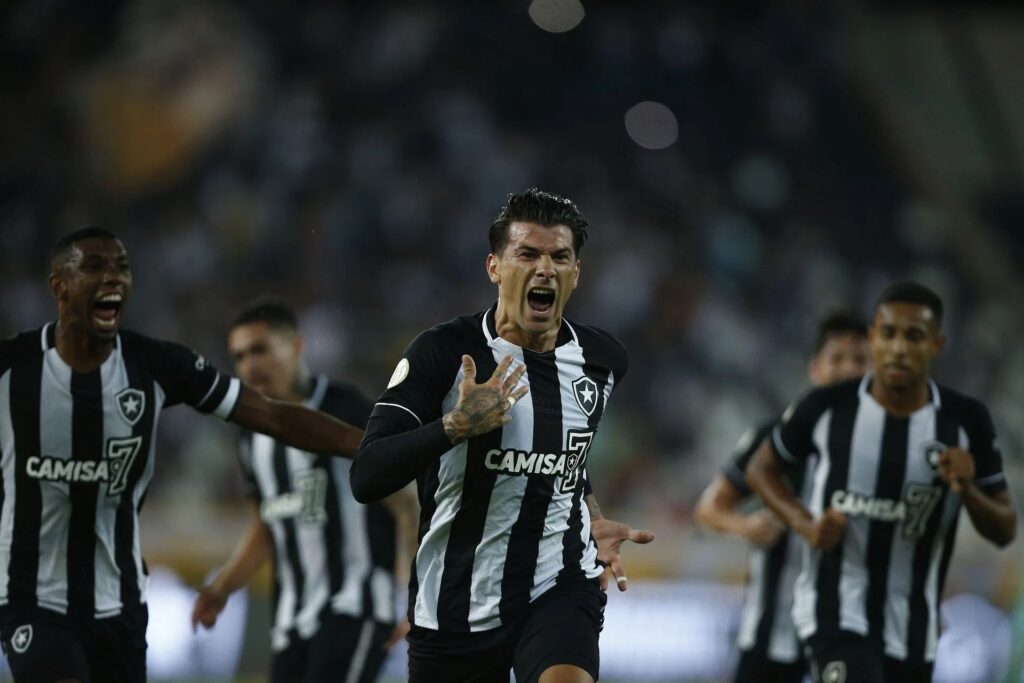 Botafogo and defending champion Atletico Mineiro face off in the Campeonato Brasileiro on Sunday, just days after both teams were eliminated from the cup.

Both teams have been doing well in Serie A lately after losing in the Copa do Brasil midweek, but the hosts have already dropped two straight games.

When Atletico Mineiro hosted Sao Paulo last weekend at Mineirao, they were once again within striking distance of first place as momentum behind their defense of the Brasileiro title increases.

Atletico, who entered the game trailing leaders Palmeiras by two points, was unable to overcome Rogerio Ceni’s team, but even a scoreless draw at home moves them to fourth place in the Serie A standings, where the top six teams are separated by just three points.

Even though last year’s domestic double cannot now be accomplished, the Belo Horizonte team can still attempt to combine a second consecutive Serie A victory with their second-ever Libertadores trophy. As a result, Atletico must return to league issues before an all-Brazilian meeting with Palmeiras.

A recent run of three victories in four games had seemed to shift the trend in favor of Botafogo as they attempt to regain their position in the top tier. That rise, however, has come to a halt due to recent losses.

The day following their league loss to Cuiaba, the Serie B champions lost in the Copa do Brasil to America Mineiro, losing 5-0 on aggregate leading America Mineiro quality for the next round.

Before this weekend’s matchup against America’s city rivals, Luis Castro’s team must overcome a lack of confidence in front of goal because they have only scored once in their previous five games, a 1-0 away win against Bragantino.

In the competitive Serie A standings, Botafogo’s margin of safety has already shrunk to only three points. Castro and his team are under increasing pressure to deliver because they have only been successful once in their previous five efforts at home in Rio de Janeiro.

Atletico is a far more composed team going into Sunday’s game as a result of Botafogo’s availability issues and their problems in the final third.

In order to put Palmeiras at the top under pressure as they get ready to play them in the Libertadores, expect the victors to defeat their newly promoted rivals.