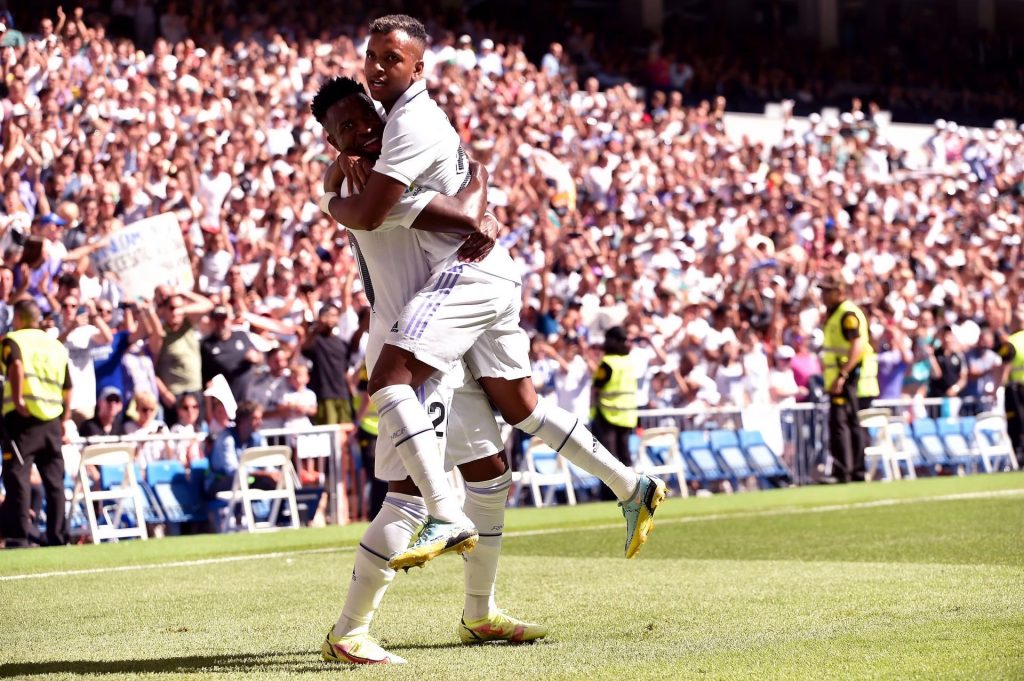 On Tuesday, Scottish powerhouses Celtic and Real Madrid will face off in Glasgow in what is arguably the best matchup of the opening round of Champions League group-stage matches.

At the start of the 2022–23 season, Celtic have won all seven of their games, while Real Madrid have won their first five, four of which have been in La Liga.

Celtic’s hammering of arch rivals Rangers on Saturday in the Scottish Premiership helped the Hoops go five points ahead of the Gers at the top of the standings, which was a perfect warm-up for this game.

The club of Ange Postecoglou has started the 2022–23 season on a roll, winning all seven of their games, six of which have been in the league, and defeating Ross County 4–1 in the Scottish League Cup at the end of August.

Along with Real Madrid, RB Leipzig, and Shakhtar Donetsk, Celtic will compete in Group F of the Champions League this season. While Los Blancos are the overwhelming favorites to win the group, second place looks open, and it is clear that Celtic Park will be rocking on Tuesday for this exciting match.

It will be interesting to see how the Scottish juggernauts fare in this year’s campaign after Celtic last advanced from their group in the European Cup in 2012–13, placing second in Group G before losing to Juventus in the round of 16.

Real Madrid, on the other hand, is the current champion of the European Cup after defeating Liverpool the championship game last year.

Los Blancos, the current Spanish champions, have already won a trophy this year after defeating Eintracht Frankfurt  in the UEFA Super Cup at the beginning of last month.

With victories over Almeria, Celta Vigo, Espanyol, and Real Betis, Carlo Ancelotti’s team has also had a perfect start to the 2022–23 La Liga season. With 12 points, they are currently first in the standings.

In the 1979–80 European Cup quarterfinals, Los Blancos faced Celtic. After losing in the first leg in Glasgow, they won in the return match in Madrid to advance to the semi–finals, where they were defeated by Hamburg.

This match has all the ingredients for success, and we anticipate watching a thrilling battle on Tuesday night. Although a Celtic victory or a draw in Glasgow would not be unexpected, we have a hunch that Real Madrid will get all three points thanks to their talent and expertise.