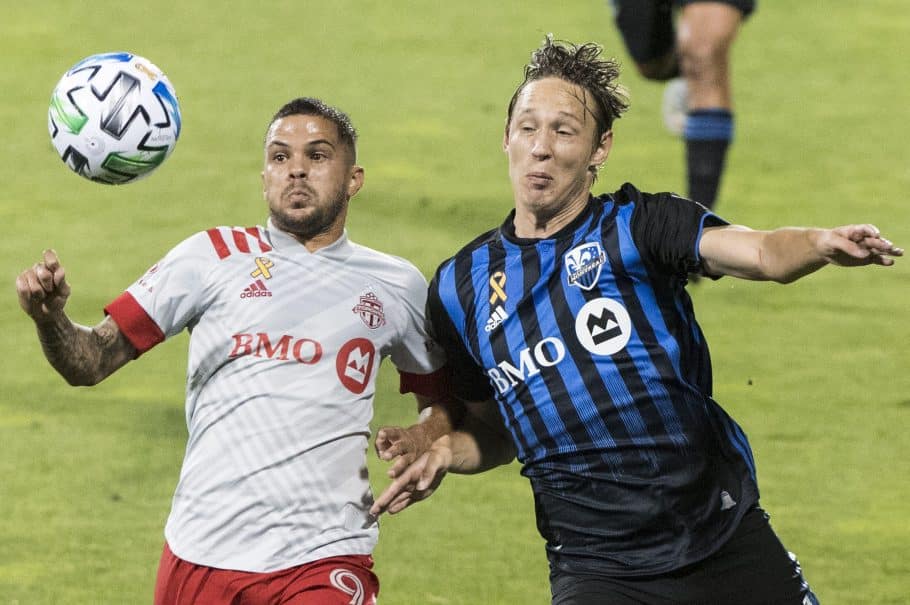 The first Canadian Classique of the 2022 Major League Soccer season will take place at Saputo Stadium on Saturday as CF Montreal plays host to their bitter rivals Toronto.

The Reds have lost their last four games, including a loss to the Chicago Fire in the middle of the week, and Montreal has been outscored 6-1 in their last two losses.

For Wilfried Nancy and his team, who have played through two grueling matches—losing 4-0 to the Los Angeles Galaxy and then blowing a 1-0 lead to Sporting Kansas City their feeling of being in first position in the Eastern Conference did not last long.

In terms of defense, Nancy was pleased with how they performed at home last weekend, but he was also miffed because KC scarcely posed a threat but was awarded two goals as a result of home team mistakes.

Le Belle Province’s condition is far from dire, as they presently hold the fourth spot in the Eastern Conference, but they are lacking a reliable difference-maker who can alter the outcome of a game.

The excellent American midfielder Djordje Mihailovic is still recovering from a knee injury, and without him, this club is losing that extra edge and someone who, when healthy, has made a significant impact for them.

Montreal will end the month of July with two of their final three games occurring at Saputo Stadium after giving up seven goals in their previous four home games.

They will be seeking retribution this weekend after the Reds eliminated their chances of winning back-to-back Canadian Championships by defeating them in the semi-finals last month.

With Wednesday’s loss to the Fire, Toronto remained the only road-winless team in the Eastern Conference this season. This is despite being one of the league’s most active teams off the field. The Reds have now conceded at least once in 28 straight league games, the fourth-longest streak ever in MLS. However, this is not the kind of history you want to be associated with.

There are many excellent players that may suit up for this squad soon, and given their road issues and difficulties scoring away from home, those newcomers may be desperately required since TFC have gone four games without scoring on the road.

Toronto has let up the first goal in three straight games, and when they are down at the half, they have not won a game all season.

TFC has recently found playing in Montreal to be a challenging experience; in their last three losses at Saputo Stadium, they have let up seven goals in total.

Bob Bradley has put a lot of pressure on this bunch to play a strong 90 minutes despite times when they appear sharp and energetic in their build-up and still commit unforced errors that are typically punished.

Montreal shouldn’t have any trouble breaking through a defense that has allowed the second-most goals in MLS and is less effective in the attacking third away from home than it is at home, even without Mihailovic.