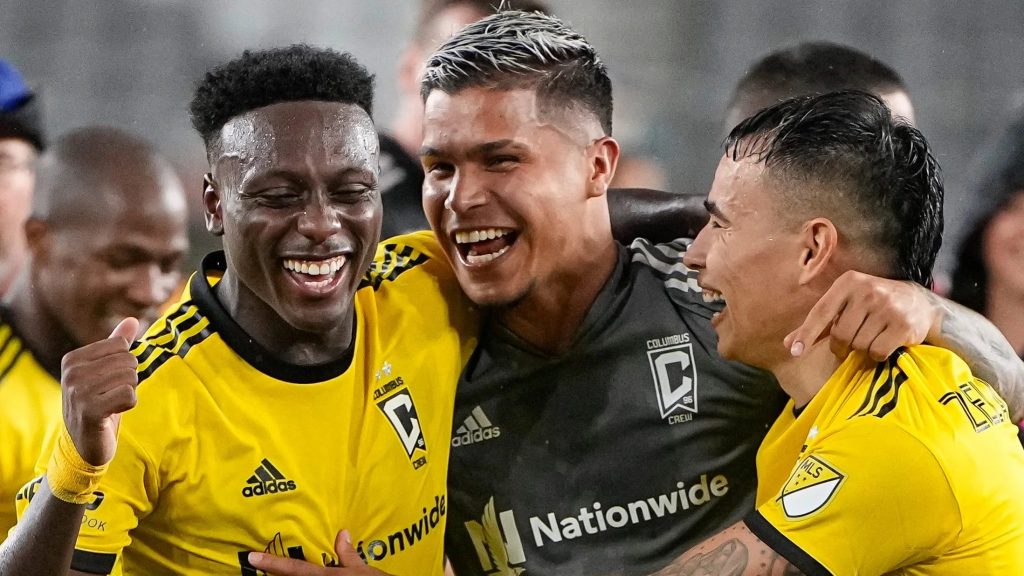 On Saturday, Charlotte FC will host Columbus Crew as they compete for a playoff spot in the Major League Soccer Eastern Conference.

After 22 league games, the visitors are presently sixth, four points ahead of their opponents who are currently outside the top seven.

The first half of Charlotte FC’s MLS season has generally been characterized by inconsistency; their eight league victories are only surpassed by the top four teams in their Conference, and no team in the Eastern division has endured more losses than their 12 thus far.

The Crown, managed by Christian Lattanzio since Miguel Angel Ramirez left at the end of May, returned to winning ways against Houston Dynamo and would make it two in a row as Christian Fuchs, Karol Swiderski, Sergio Ruiz, and Andre Shinyashiki scored in a 4-1 victory over Nashville SC, leaving them with 22 points from 18 games after a draw and two losses.

Charlotte took on Inter Miami with the intention of building on those victories and moving up to the top seven, but they were ultimately defeated 3-2 as a result of Emerson Rodriguez’s 93rd-minute winner for their hosts. Additionally, despite defeating Chelsea on penalties following a 1-1 draw in a friendly, the Crown were unable to turn around their league form against Toronto the last time out.

Jonathan Osorio and Michael Bradley gave the Canadian team a 2-0 lead after just 10 minutes. Federico Bernardeschi’s goal and a second goal from Bradley right before halftime helped the hosts win 4-0.

Lattanzio’s team will be eager to get back to winning at the weekend with the possibility to pass FC Cincinnati and close the distance to their opponents to just one point after falling out of the top seven.

The visitors, meanwhile, will come with the intention of improving their standing among the top seven teams and extending their unbeaten streak to ten league games.

Columbus Crew did not appear to have a promising season when they had just 13 points from 13 league games, but they have since pulled together an excellent run without losing any more games, winning four and drawing five of their last nine games. After victories over Toronto and the Chicago Fire were followed by draws, Caleb Porter’s team won their most recent match at home against FC Cincinnati in mid-July, 2-0, with goals from Cucho Hernandez and Lucas Zelarayan.

The Crew faced the New England Revolution their last time out in an attempt to make it two games in a row with three-pointers, but they were forced to settle for a point because neither team could break the tie.

Porter’s team, however, has improved and is now in a strong position in the playoff race, sitting sixth, level on points with fifth-placed Orlando City and four ahead of their opponents in eighth place. They will hope to further increase their chances of finishing in the top seven with a victory over one of the chasing pack at the weekend.

The Crown have lacked consistency and may be overpowered by a Columbus Crew team playing with confidence, despite Charlotte FC’s ability to perform well when it suits them.

The addition of Cucho Hernandez has given the already threatening Crew attack another dimension, and the visitors will probably penalize any errors made by their opponents.