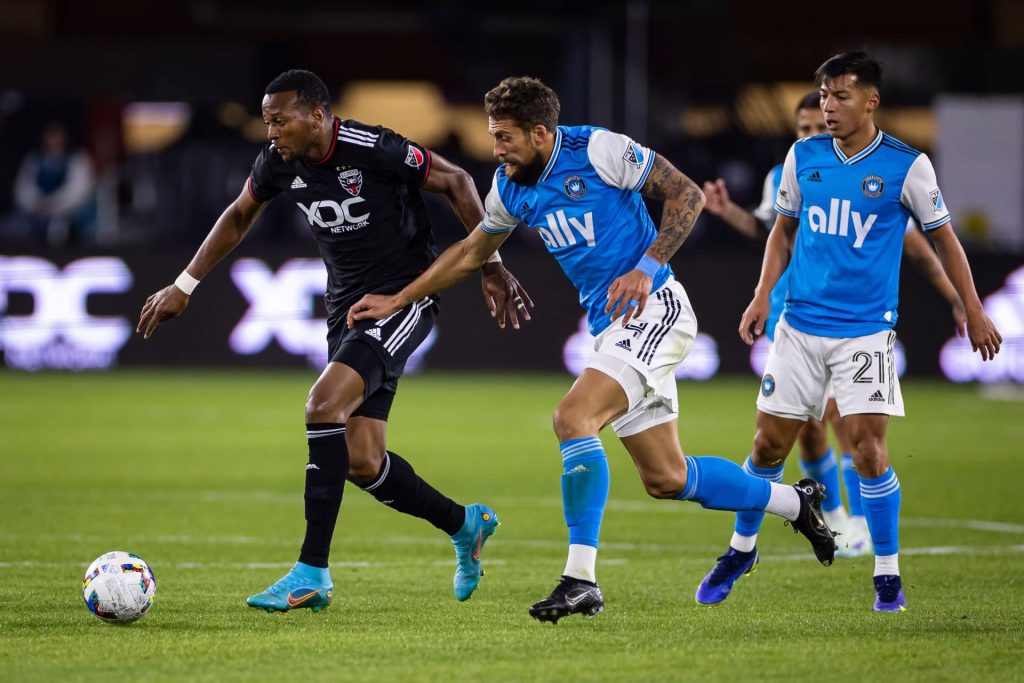 If DC United defeats Charlotte FC on Wednesday at Bank of America Stadium, it will have a chance to leave the bottom of the Major League Soccer Eastern Conference.

Wayne Rooney’s first win as manager came for the Black and Red, who scored twice in stoppage time against Orlando City. The Crown’s match against the Columbus Crew was postponed due to bad weather.

With a game left to play and a three-point deficit to FC Cincinnati, they are still in the running for a playoff position.

The team of Christian Lattanzio will play their next two games at home, where they have amassed 21 of their 26 points thus far.

This team has utilized the size of Bank of America Stadium like a 12th player, allowing only one goal or less on nine occasions while recording four clean sheets.

This team’s first season has not been particularly creative, as they have combined for the second-fewest goals in MLS. Despite being in several close games this season, Charlotte has only managed one road victory, losing six of their away games by a single goal.

The newest winners of the new coach boost are the Black and Red, as DC became the 10th team in league history to triumph after trailing going into extra time.

In what has been a difficult time for the franchise, Wayne Rooney’s team broke a five-match winless streak across all competitions with that victory.

Early goals have been a problem for this team lately; in four of their last five MLS games, the Black and Red have given up goals within the first 15 minutes. This has forced them to play more aggressively, which has left them vulnerable at the back.

Their exciting Designated Player from Greece, Taxiarchis Fountas, who has scored more than a third of their goals this season, has mostly been the conduit for their offensive plays.

The next three games against three teams above them in the Eastern Conference will be crucial if they want a chance to get back into the playoff race.

Even though Charlotte seems to perform at their best in front of their supporters, DC should have the momentum from their previous game on their side, which we believe will help them defeat a Crown team who shouldn’t cause them too many difficulties in the final third.