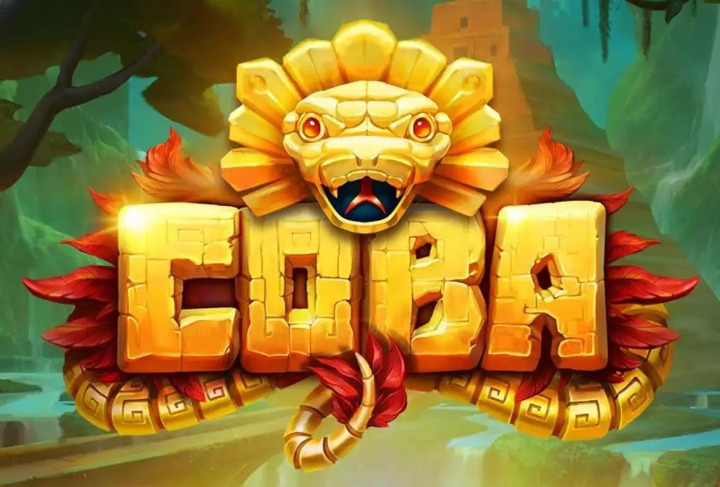 ELK Studios is constantly developing new slot games, and they have a consistent release schedule that provides us with new content on a monthly basis. Coba is one of the forthcoming slots that we’re looking forward to seeing. While the name may not mean anything to most people, it appears to be inspired from one of the Mayans’ ancient cities of the same name. This provides us a general concept of the topic, but we’re looking forward to the rest of the details as well.

Coba has a Cluster Pays system, which uses seven rows of symbols but does not arrange them as neatly as a traditional system (rows with 6 or 7 symbols are used). Despite having a low RTP of 95%, Coba can nevertheless pay out up to 25,000 times the wager to its players. Avalanches, Collections, Snakes, and Multiplier Wilds are the game’s main mechanics and features.

Most ELK Studios slots have a standard betting range of 100 coins, with total wagers ranging from $0.20 to $100.

Coba’s potential is rather high, and you’ll find that the slot may pay out up to 25,000 times your bet. It’s not going to be easy to get to that payout, but it is theoretically conceivable.

Coba, like the majority of recent ELK slots, has a low RTP of only 95%.

Features of the Coba Slot

When 5 or more symbols are connected, you’ll see a layout with 7 rows of 6-7 symbols each, forming clusters of winning combinations. When you have winning symbols on the reels, the Avalanche feature causes an explosion that removes them. Additional clusters may form as new ones fall down.

If a wild sign is present, it will substitute for other symbols, assisting them in forming clusters.

A Snake metre is filled with the winning symbols as you construct clusters and eliminate them. This metre has four levels, and as you progress through them, snakes appear on the reels. At level one, you get one snake; at level two, you get two snakes; at level three, you get three snakes; and at level four, you get six snakes.

Snakes are symbol clusters that move around the game area. They have a head and body, as well as a gold frame that surrounds them, and they occupy 5+ symbol positions. When the snake head enters the gaming area, it covers the symbols depicted therein. It converts symbols it comes into contact with into the same sort of symbol as it advances across the reels. It consumes symbols of the same type when it lands on them, and the snake grows in size. Rather than being removed immediately, it will be allowed to stay for one more avalanche.

When snakes cross each other, multiplier wilds can arise. Then a 2x increase to wins is feasible, but it can happen again and again, and each time it will double.

Though the theme is original, Mayan designs are very frequent in modern slots, thus something similar has been seen before. The pyramids are still visible in the backdrop, but they now appear to be hidden and difficult to reach. The symbols are spherical, formed of stone with paintings on them, or shaped like gemstones and gold coins.

Coba slot is appealing for a variety of reasons, none of which have anything to do with its RTP. If you can get over it, I believe you’ll be really inspired by the 25,000x jackpot and the mechanics that were developed inside.