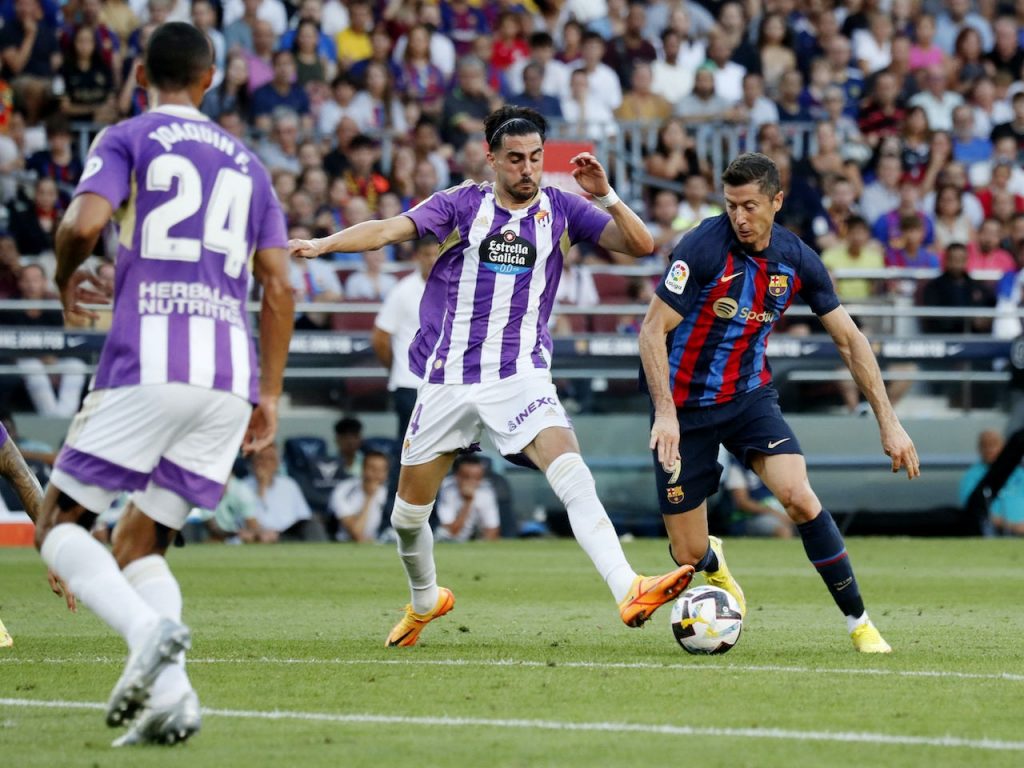 When Real Valladolid continues their 2022–23 season away to Girona on Friday night, they will be attempting to make it back-to-back La Liga triumphs.

Pacheta’s team, who are now ranked 16th in the standings, are coming off a victory over Almeria, while Girona, who are ranked 12th, drew with Mallorca in their most recent game.

After spending three seasons in the Segunda Division, Girona is now playing in Spain’s top division for the first time since the 2018–19 season.

The White and Reds must have defeated Eibar and Tenerife in the Segunda Division playoffs to get promoted, and they now seek to establish themselves in the top division.

While Girona’s 2022–23 season began with a 1-0 loss at Valencia, they managed to pick up three points the next week when they defeated Getafe 3-1.

Next, Michel’s team suffered a 1-0 home defeat to Celta Vigo, but they earned a point in their last match, a 1-1 draw with Mallorca. With four points overall, Michel’s team is now in 12th place in the standings.

Gironistes picked up four points in their two Segunda Division matches with Friday’s opponents last season, but this will be the first La Liga meeting between the two teams since April 2019, when Real Valladolid won 1-0. The final game before the September international break is Real Betis.

Real Valladolid will enter this match off the strength of a 1-0 victory over Almeria on Monday night. Real Valladolid finished second in the 2021–22 Segunda Division to secure a return to the top level.

The club moved into 16th place in the standings with the victory after Shon Weissman scored the game’s lone goal in the 90th minute after coming off the bench.

The White and Violets’ season began with a loss at Villarreal, but one week later they earned an amazing point away at Sevilla before falling to Barcelona.

However, following their victory over Almeria on Monday, Pacheta’s team now faces two crucial matches against Girona and Cadiz before the September international break.

Real Valladolid spent three consecutive seasons in La Liga before being demoted to the second division for 2021–22. They will now be vying to remain in the top division.

The injury list for Girona is currently quite long, but Real Valladolid may be able to field a full team for this game, and we just have a feeling that the visitors may win this one.

We are betting on Real Valladolid to win, while a home win or draw would not be shocking.