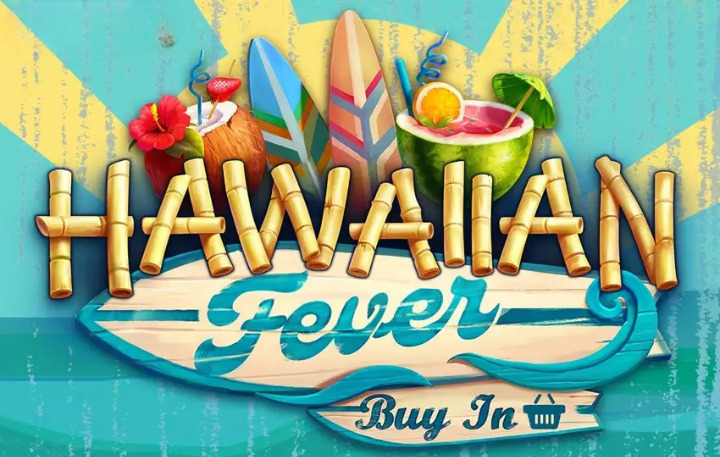 Hawaiian Fever manages to entice visitors in a variety of ways, including hula girls, fruit drinks, surf, and everything else that comes with a resort like this. The aesthetics are important, but so are the gaming mechanics, especially the ones that were included. Find out what else this new Tom Horn slot machine has to offer.

The Hawaiian Fever slot machine has 3×3 reels, which means there are 27 chances to win. Even though the volatility is high, wins of up to 1,860x the investment will be the finest. With a greater number of 95.04 percent, RTP is a little low. Expanding wilds, scatters, and the Aloha Free Spins, which can lead to Waikiki Respins, are all features worth mentioning.

The top payoff for Hawaiian Fever is only 1,860 times the stake. It may sound appealing to some, but it’s hardly the type of highest payoff you’d expect in a high-volatility game like this. You’d normally expect a lot more, and the lower RTP appears to be the reason for the smaller wins. At its most powerful, it can repay 95.04 percent of all bets to players. The second option is considerably lower, at 92 percent.

The Expanding Wild, which depicts a Hawaiian girl, is one of the key bonus elements included here. The wild’s expansion allows it to completely take over the reel. It acts as a substitute for all conventional symbols, making it easier to generate winning combos.

The free spins are triggered by landing the Aloha logo on all three reels, but you must first land this symbol.

The Waikiki Respin is triggered as soon as a Hawaiian Girl appears on the second reel in this mode. It permits the wild to expand on the second reel while the first and third reels respin once again, giving you a second chance to build winning combos.

I’d say this slot machine stands out even among Hawaiian-themed online games. The background image features beautiful visuals with tropical sensations, like palm trees, Tiki huts, and the water. The reels are formed of wood and rope, and they can hold a total of nine symbols.

The Aloha logo, the Hawaiian Girl as a wild, flowers, coconut and pineapple drinks, and the four card suits are among the game’s icons (each one with a Hawaiian inspired design).

Hawaiian Fever appears to be a good game to try out if you’re a casual player who wants to give the slot a go and isn’t concerned with significant volatility. This is an excellent and interesting game for classic game lovers. It’s worth the try.