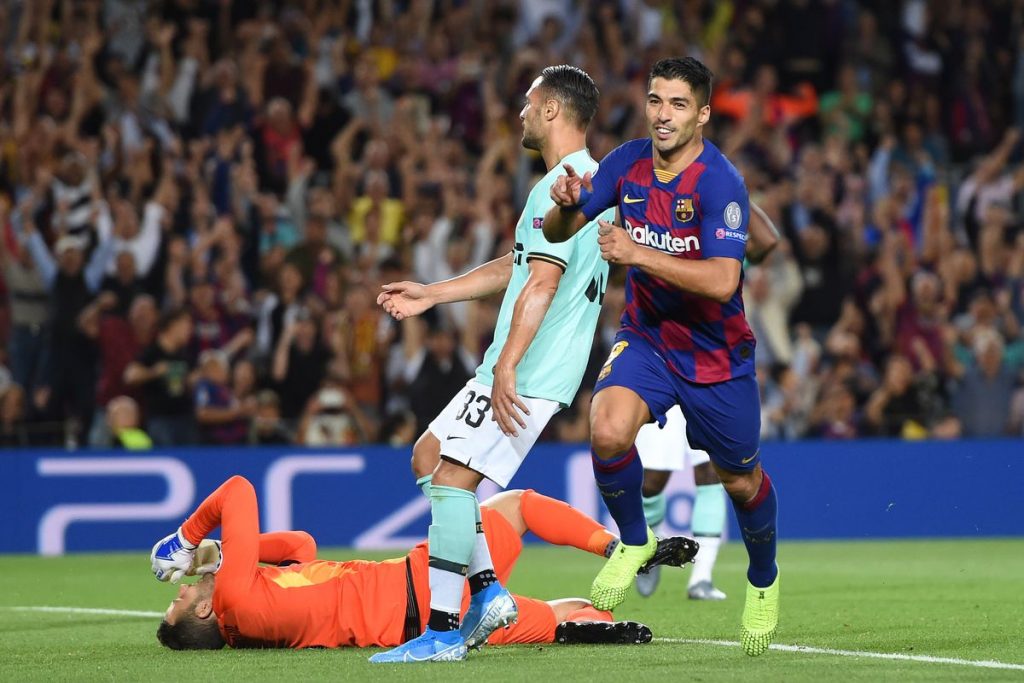 European powerhouses Inter Milan and Barcelona square off at San Siro on Tuesday night in a Champions League Group C matchup that is tied on points going into the third matchday.

Both teams defeated Viktoria Plzen but fell to Bayern Munich; however, while the hosts are off to their worst Serie A start in 11 years, their Catalan rivals are undefeated in seven games in La Liga.

For the second time this year, Inter’s lead was blown over the weekend as Simone Inzaghi’s team allowed a one-goal advantage to slip away and lose 2-1 to Roma at home.

The Milan club’s four losses in eight games record their poorest start to a season in top-flight history, and their first defeat to the Giallorossi since 2017 leaves them outside of the top six of Serie A.

Again sluggish on the ball, Inter visibly missed Marcelo Brozovic and Romelu Lukaku’s absence, but another setback means that Inzaghi’s support is gradually eroding among the Nerazzurri’s ardent fan base.

One of their five victories this season came last time out in the Champions League, where they beat the Czech champions Viktoria Plzen after their hosts were reduced to 10 men. Edin Dzeko and Denzel Dumfries scored both goals.

They had previously lost to Bayern at home by the same score, but they had recently performed much better at San Siro: prior to their loss to Roma, they had won each of their previous seven home league games, keeping four clean sheets in the process.

But in order to earn the most points this week, Inter will need to break the trend of losing to Barcelona in five encounters in Milan. The two games against the Blaugrana might be the difference since there is a good likelihood that Bayern will sprint into the distance by sweeping past Plzen.

A revitalized Barcelona will not want to experience the same fate twice after finishing third behind Bayern Munich and Benfica and failing to advance past the group round of the Champions League last season.

Although it has been seven years since they last won the continent’s premier prize, recent developments indicate that Xavi’s current crop may be among the favorites to win in Istanbul in June.

The Catalan giants were able to add a number of players to their roster over the summer thanks to some cunning accounting maneuvers, including star striker Robert Lewandowski, who struck again on Saturday, his ninth goal of the campaign serving as the difference against Mallorca.

As a result, Barcelona and Real Madrid are competing for first place in La Liga. Since drawing on the opening day, Barcelona has won six straight league games.

However, they lost to Bayern before the break, and Lewandowski, a former Allianz Arena star, was left regretting multiple squandered opportunities against his former club. In their last nine games during the group stage, Barca has suffered five losses, including that 2-0 loss in Bavaria.

There are still six points up for grabs in the upcoming matches between Inter and the Blaugrana, and the disparity in confidence between the two teams could prove to be a key factor.

Inter are an easy target this week because they have a weak defense and frequently struggle to hold onto leads. Barcelona, with their greatly improved team, is well positioned to take three points away from San Siro.

Both teams are dealing with injuries, but because to Xavi’s stronger depth, any starting lineup on Tuesday should have enough skill and knowledge to overcome a struggling home team.