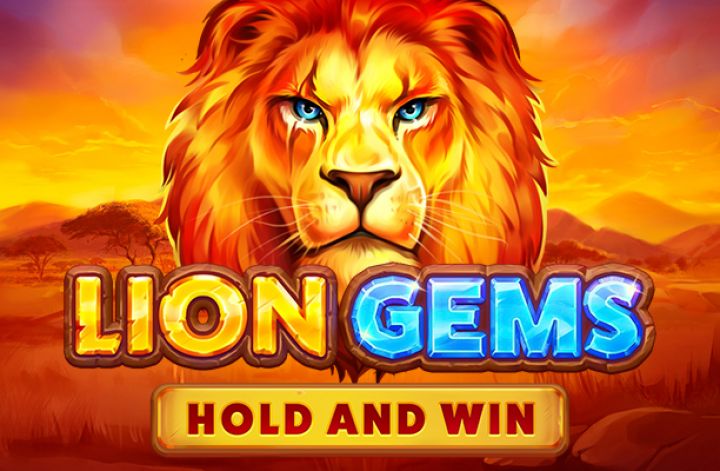 With Lion Gems: Hold and Win, Playson transports you to the savannah. This slot has an animal theme and a grid with four rows and five reels, as well as 30 chances to win. In addition, you’ll receive a slot machine with a variety of symbols. At the time of writing, the RTP and volatility were unknown to me. There are also Wilds, Scatters, and a feature with four jackpots to look forward to.

This animal slot will include both standard slot symbols and symbols that correspond to the theme. You’ll have the option of mixing and matching them. You can win a prize with as little as three symbols in a combination, or as many as four or five. As previously stated, you can win a variety of rewards, including jackpot awards. The best jackpot in the game is the Grand Jackpot. With a betting range of $0.10 to $100, you’ll be able to go after all of these rewards. You’ll also need to familiarise yourself with the symbols and the attributes they bring in order to have a greater chance at the jackpots.

As previously stated, the symbol selection consists of conventional slot symbols. These are the royal card symbols, which are available in a variety of colours. Animal emblems such as flamingos, wild boars, zebras, and leopards are blended with these symbols. Then there are the unique symbols.

The lion is the king of the jungle and serves as the Wild symbol, meaning it substitutes for all other symbols on the reels. Then there’s the Scatter tree symbol, which activates the free spins bonus round. You’ll get 8 free spins if you get 3 or more Scatters.

A lion Wild with a 2x multiplier is accessible during this feature. In addition, if you land three or more Scatters during the feature, you’ll be awarded an additional eight free spins.

Diamond Bonus symbols can also be found in the game. You’ll be able to play the Bonus game if you get 6 or more of them in a row. Bonus symbols with values ranging from 1x to 16x the stake will appear. You’ll also get three re-spins, with each Bonus symbol landing bringing the total back to three. If the purple, green, or red diamond symbols appear, you will be able to reach the jackpots.

These are the Mini, Minor, and Major ones, each of which is worth 2,000, 5,000, and 150,000 credits. If you cover all five reels with bonus symbols, you’ll win the Grand jackpot, which is 3,000 times your bet. Mystery symbols in the form of multicoloured diamonds are also available.

As previously said, this is an animal-themed slot. Its design makes it compatible with mobile devices, allowing players to enjoy it on the go.

Lion Gems: Hold and Win is a Playson animal slot with fantastic graphics and intriguing bonuses. There are two Wilds and a Scatter that awards you with free spins. The mystery symbols award intriguing prizes, while the Bonus symbols give you a chance to win the progressive jackpots.