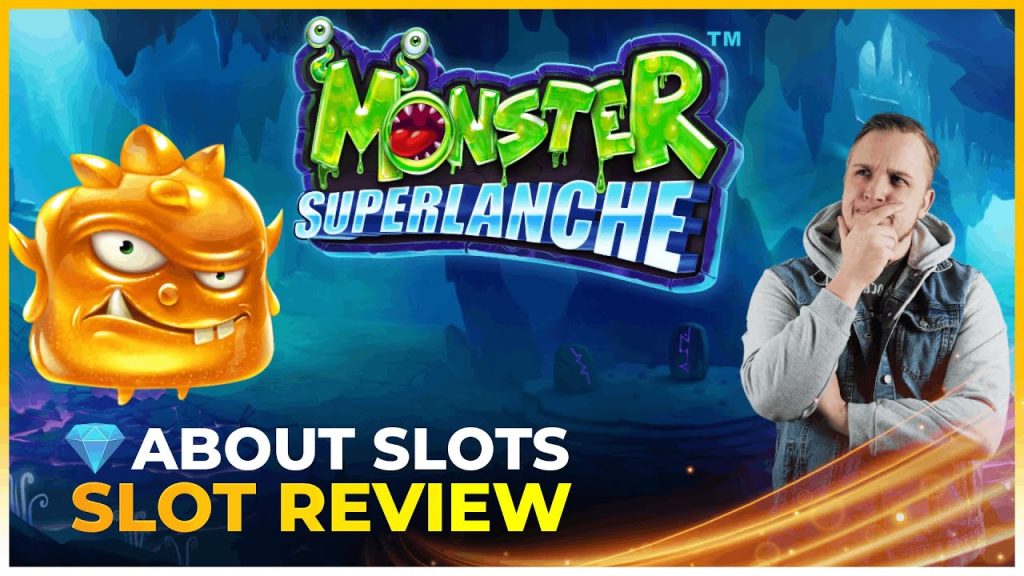 Be on the lookout, players! Monsters have made their way into online slots, but don’t be alarmed. They often take on a more charming form in games like Monster Superlanche, developed by Pragmatic Play. The trend of featuring monster- and alien-like creatures with big eyes and blobby features began with games like Reactoonz and continues with titles like Gigantoonz, Space Miners, and Blobsters Clusterbuster. It’s unclear why this style is in use, but it could be a way to distract from the math model creations to give the house an advantage. Play Monster SuperLanche to see if it sheds any light on the matter.

The monsters in Monster Superlanche don’t come from outer space; instead, they reside in a dark underground world characterized by colours of calm purples and blues in the base game that turn into fiery hues of magma pools and flames during free spins. Though it might resemble the underworld, Pragmatic Play’s intention was to place the game’s setting underground, rather than in some hellish underworld.

The game’s main feature is the 6×5 gaming panel that uses a scatter pays system. The game’s math model characteristics are familiar and consistent with other Pragmatic Play slots, with a maximum RTP of 96.03%, high volatility, and a win cap of 5,000x. Players can play with a stake of 20p/c to £/€100 per spin and have the option to activate the Ante Bet, which increases the stake by 25% and adds more scatters to the reels, increasing the chance to trigger free spins. However, it should be noted that activating the Ante Bet reduces the return to 95.98%.

During each spin, a random multiplier will appear above each reel. When a reel is full of winning symbols at the end of a tumble, the multiplier from that reel will apply to the winnings (not including scatter wins). When multiple multipliers are used in a single win, their values are added together. The possible multiplier values are x2-x10, x15, x20, x25, x3The highlight of Monster Superlanche is its free spins round, whose activation is by landing 4, 5, or 6 scatter symbols on the reels, giving players a chance to win 8, 12, or 20 free spins. In the free spins round, each win includes a global multiplier, which increases whenever a new multiplier adds to a win. Players who land 3, 4, 5, or 6 scatter symbols during the round will receive an additional 3, 8, 12, or 20 free spins, respectively.0, x40, x50, x75, or x100.

Players can purchase the bonus round for 100x the total bet if available by turning off the Ante Bet. The purchased game is triggered by randomly appearing 4, 5, or 6 scatter symbols, and the RTP is 96.02%.

Pragmatic Play is known for their expertise in the scatter-paying slot category, having helped popularize the form with releases like Sweet Bonanza and its variants. The studio has recently released games featuring deities, heroes, and gods, like in Gates of Olympus. However, with Monster Superlanche, the developer has chosen an unexpected theme, making it a refreshing change. Instead of regular tumble wins, this game utilizes a less common version of the feature, making it unique from the usual format. It’s similar to the hold and respin tactic found in games like Serial, but different at the same time. For players who have enjoyed Pragmatic Play’s scatter pay slots in the past and are looking for something new, Monster Superlanche is worth a try.

Pragmatic Play has a reputation for releasing many slot games. However, they have demonstrated that they can still make small but effective changes to their popular mechanics in games like Monster Superlanche. While the game may not have many revolutionary features, it still has enough creative elements to be worth a closer look.