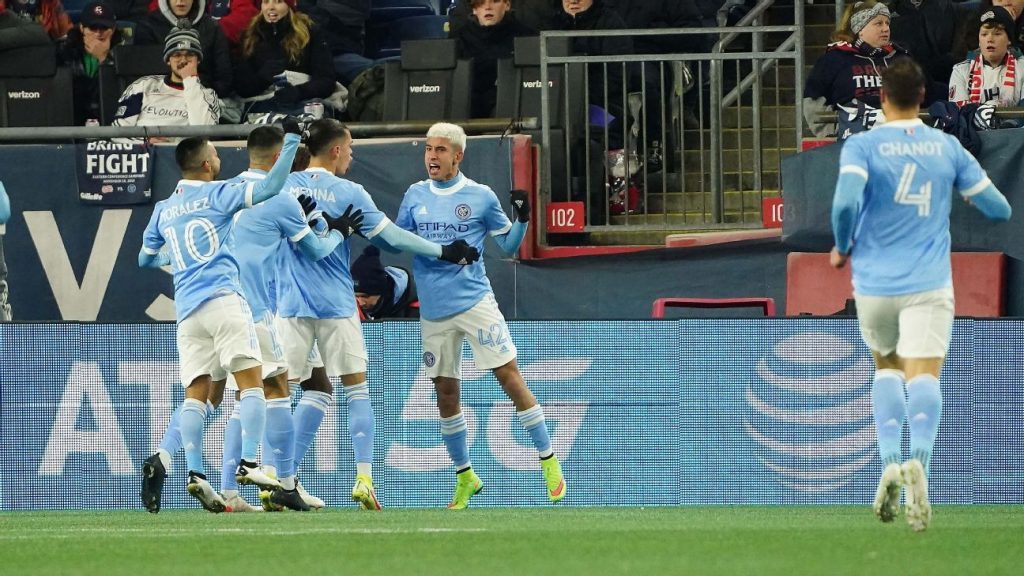 New England Resolution  will be welcoming New York City FC in a New York Boston rivalry as the home side will be looking to get their first win in the major League soccer.

The Pigeons have lost two games in less than a week, losing to Orlando City and DC United, while the Supporters’ Shield champions from last season could only manage a draw against the Chicago Fire in midweek.

Few experts anticipated that New England would be in a scrap for a playoff spot at this point in the year after a record-breaking regular season in 2021.

With the Revs behind Inter Miami by only one point for the last playoff spot, a fourth straight trip to the postseason is still very much a possibility even though this squad has had a far more difficult season than we witnessed in 2021.

Their offense has struggled at times, going scoreless six times last season after topping the league a year earlier.

The home side have always experience a tightly battled game in this type of games over the years. Remembering a game back in mid year where New York FC won three penalties in the first half which in turn resulted to the defeats of the home side.

The game was not taken as a free and fair one by the losing team and the coach immediately requested for an apology after the game was played finish that day.

The home side have been able to pick points in almost all of their 11 games played greater Boston. New England past 7 games have been a tight ones with them not able to score in more than one game going into four games now.

New York FC have shifted sides have they have lost there last game against DC United which is the worst team in the major league soccer as of now.

New York city FC did not only lose here but have lost successive home games in their history. They were not able to also see the back of the net for the fifth time in six games with them taking a win in just one of their last five games as visitors this season.

Although no one would blame interim manager Nick Cushing, 37, if he were to criticize this team’s caliber given that the Pigeons had scored just one goal in three of their previous four games, he claimed he could not criticize the spirit of his players after another heartbreaking loss this week.

Cushing has failed to find solutions for New York, who have lost points in five games against teams that are now outside of the postseason race since Cushing took over, despite the fact that they are comfortably in fourth place in the Eastern Conference.

We anticipate Petrovic to come up huge against a squad that has struggled in the final third since the departure of Valentin Castellanos. Petrovic has found quite the groove this year, having stolen numerous games for his team.

Even though the Pigeons are now in a comfortable position in the Eastern Conference, their recent on-field complacency has caused many to wonder what this club has left as the season enters its final stretch.