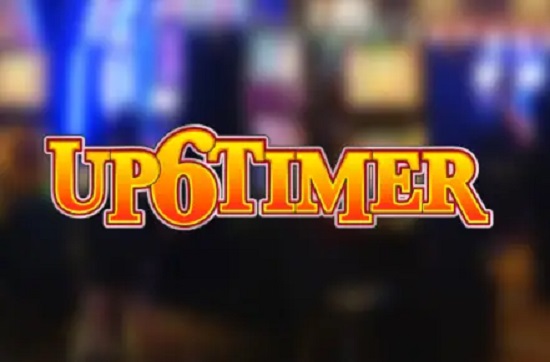 With Up6Timer, Stakelogic transports you back to the golden age of slot machines. It is a traditional slot with a 3×3 grid. However, the number of reels can be increased to eight. This slot has 5 ways to win at first, but they can be multiplied up to 30 times. The volatility is rather low, and the RTP rate is 95 percent. You will have access to Super Stake as well as a 6-player mode. Fruity symbols are a must in a game like this.

They can appear in a variety of combinations and bring a variety of prizes. The biggest prize in this game is 64 times the stake, and you can bet anywhere between $0.20 and $600 to win all of the prizes. You can even use the Super Stake tool to raise the stakes and increase your chances of winning. But familiarizing yourself with the symbols and other characteristics is also a smart idea.

As previously said, fruits and other traditional symbols can be found all throughout the reels. This implies oranges, plums, pears, lemons, watermelons, and grapes will be plentiful. There are also lucky sevens, golden crowns, and the Joker emblem to be found. In this game, the Joker emblem is pretty unique and very interesting game for users.

It can appear in conjunction with some of the other fruity symbols, and when it does, the players are awarded a Joker Prize. The Joker sign is coupled with the lemons, pears, plums, and oranges in the Double Symbols feature to give you a chance to win a prize. You can also use the Super Stake function to boost your chances.

You can play up to six games simultaneously, but you must begin with one on a single set of reels. You will be given three reels to play with, but you can choose to play with eight instead. You will have more chances to win and more symbols to match this way. It is also worth noting that the Joker symbol, regardless of where it appears on the reels, offers a Mystery Win during the Super Stake feature. There is even a Gamble feature that you can use after each win in the game. You have the option of doubling or collecting your winnings.

The game has a traditional setting and is a classic game. All of the reels are mounted on a large slot machine, with additional buttons and panels to give authenticity. The scene is set in a mystery casino’s hall. Aside from that, there are some great gameplay and a design that makes this a mobile-friendly game.

Up6Timer is a straightforward slot with a surprising twist. You get the standard symbols, but you may choose how many reels you want to play. It is a high staking game. There is also a Joker to add some spice, making this a must play for any serious slot aficionado.