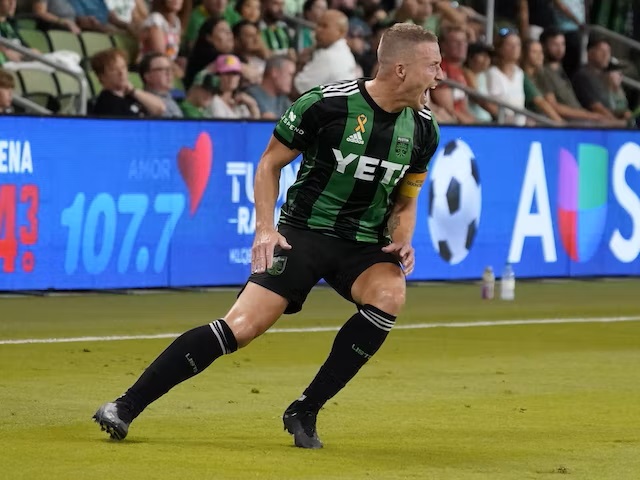 When Austin FC visits BC Place Stadium on Saturday to play the Vancouver Whitecaps, they will have the opportunity to formally capture second place in the Western Conference.

The Verde and Black have already qualified for the postseason, but Vancouver is in need of a win and some help this weekend in order to stay in the running for an MLS playoff position.

Vanni Sartini and his team have had a challenging 2022 season, but to their credit, they haven’t given up.

They have won their last two home games, including a 2-1 victory over the Seattle Sounders in their previous match to snap a winless streak of more than five years.

The Whitecaps have won four of their previous five games at BC Place, giving them a significant lead recently.

Even while a win this weekend would give them their longest winning streak of the season—three games it might not be enough to keep them in the playoff race going into Decision Day.

The Caps need Minnesota United to lose to the San Jose Earthquakes on Saturday in order to move into the last playoff spot with two games remaining.

The Caps would be eliminated from playoff contention for the fourth time in the previous five domestic seasons if the Loons defeated the Quakes.

The word “comeback” comes to mind when describing Austin FC this season, and Josh Wolff’s team has made a lot of them during their sophomore year.

Their most recent came just before the break, drawing five minutes after Hany Mukhtar had given Nashville SC the lead. They have now amassed 11 points this year when facing a deficit in the second half.

The Texans have lost three straight road games and struggled to establish themselves in each of those games, losing those games .

The Verde and Black have been among the most enjoyable teams to watch this season thanks to their quick play and diverse attacking possibilities.

Building out from the back even in the face of a fierce high press from the opponent has proven to be a highly effective method for Wolff, who has scored the equal most goals in the Western Conference this season.

That combination has been successful in part because the team has some top-notch attackers who rank among the league’s most effective scorers and playmakers.

Vancouver appears to have its act together, and with Cavallini back in the mix, we anticipate seeing them come out very motivated and aggressive this weekend, even though it could still be too late for them to have any chance of making the playoffs.

Since they already know they will host a playoff game, Austin has recently appeared a touch too comfortable and complacent with such a large cushion towards the top of the table.