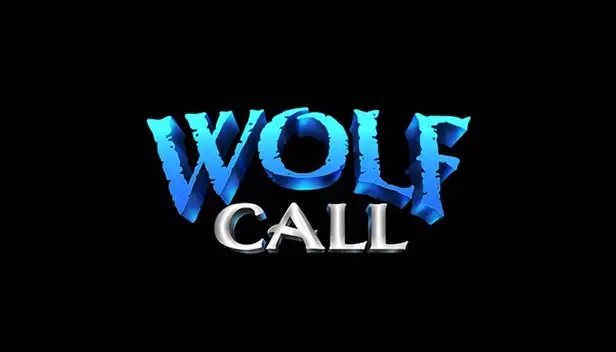 We’re looking at another Microgaming slot with one of their partners, this time SpinPlay Games. Wolf Call is the name of the game, and it’s a wildlife-themed release with all of the standard North American and European critters on the reels. You’ll find a slot that has a lot of volatility, good prizes, and decent graphics. Overall, you’ll find a slot that’s worth checking out.

Wolf Call will be played on 5×4 reels with a total of 1024 winning combinations. Wins of up to 10,000 times your bet, tremendous volatility, and an RTP of up to 96.44 percent should give you a clear sense of what kind of slot this is. Diamond Wilds, the Diamond Jackpot bonus, multipliers, scatters, and free spins are among the features that can be found along the journey.

The player is free to choose whatever bet he wants. It begins with the smallest sum allowed, $0.20, and can be escalated to a maximum of $25.

Wolf Call has a top jackpot of $250,000 up for grabs. That’s a jackpot of 10,000 times the round’s stake multiplied by the total bet. The Diamond Jackpot, worth 5,000 times the bet, is the game’s second biggest prize, and it has its unique feature that will activate it.

For a slot to pay so much, it must be riskier for the majority of players in order for a few to win big. Inside, expect high volatility, but Wolf Call’s overall fairness is undeniable when we consider its highest RTP of 96.44 percent. It’s also possible that this figure will be lower, so double-check it before you start playing.

Features of the Wolf Call Slot

Diamonds are used as wilds within, substituting for the symbols that are absent in those exact spots in new winning combinations. They can be used in conjunction with any of the ordinary symbols, but not with feature triggers.

You’ll keep track of the wilds in a separate meter as they appear. You’ll eventually be able to activate the Diamond Jackpot bonus. You’ll find a picking function within, where you’ll have to match diamonds of the same hue to win one of the jackpots. There are four different versions, with stakes ranging from 20x to 5,000x.

The Power Range is a gaming area that occupies the center positions on reels 2-4 and is an interesting feature of Wolf Call. In the base game, a total of 6 symbols will be chosen for it. If any of the slot’s wilds lands in this Power Range, it will receive a 2x multiplier, which will be applied to any wins it assists in forming.

Free spins are triggered when three to five scatter symbols appear on the screen at the same moment. In this function, the game gives you 10 to 20 rounds, with the Power Range providing the most benefit. It not only occupies a wider gaming area, with 12 symbols on the middle reels, but the multipliers added to the wilds have also been improved, ranging from 2x to 5x.

I don’t think the concept or aesthetics will be enough to make this slot machine stand out. If we go by the relatively frequent animal topic, it’s not really exciting, yet the images are of above-average quality. Mountains, trees, and rivers can all be seen in the backdrop.

Returning to the reels, we see a variety of symbols, some of which are more valuable than others. Six Royals will be displayed between the 9 and the A on the less important and less fascinating symbols. The images chosen for the top symbols span from an American Eagle to a Deer, Cougar, Bear, and Wolf. As feature symbols, diamond wilds and scatters will appear.

Wolf Call is a good game in general, thanks to the features it has to offer. A common topic and sufficient design aren’t enough to get you to play it, but they’re also not enough to keep you away. I recommend it if you can get one with an RTP of 96.44 percent.