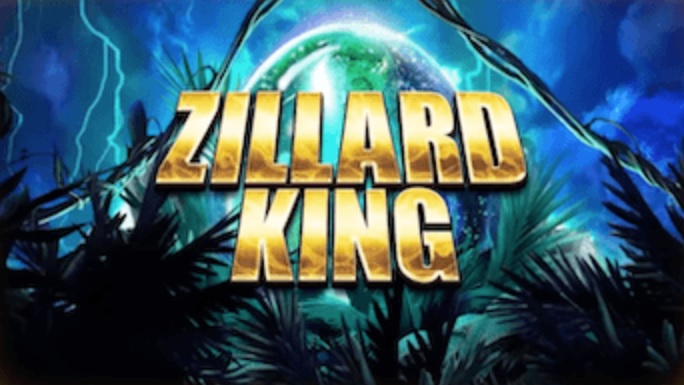 Red Tiger has a good selection of slot machines, and one of its specialties is coming up with distinctive themes for each one. Although this isn’t always the case, I believe that with slots like Zillard King, they go above and beyond the ordinary developer in terms of giving original content. While it isn’t directly about Godzilla, it appears that they were influenced by the massive reptile when creating their own game.

The Zillard King slot machine will have five reels and 30 paylines. With a top reward of 3,800 times the stake and a 96 percent RTP, it should satisfy the needs of most gamers in those locations. With a collection mechanic, different varieties of wilds, and up to 20x multipliers, you can increase your chances of winning.

The wagers of Zillard King start cheap, at just $0.10, making it simply accessible. On the other hand, players can choose between wagers of up to $20.

Zillard King manages to look good enough, with wins of up to 3,800x the stake specified, yet there are many others that will be capable of far more while carrying a comparable amount of danger (medium-high volatility). Ultimately, even if you aren’t thrilled with the top prize, the RTP of 96 percent is something to be grateful for.

Features of the Zillard King Slot

While Zillard King doesn’t come with a big list of unique abilities, there are a few that you can unlock, and they can be rather useful.

Another is the wild symbol, which begins as a conventional icon and originally occupies only one position. It’s a substitution symbol that, even in its most basic form, can be highly useful.

You’ll gather gold coins as the game progresses, and at key points, you’ll be able to increase the slot’s wild.

After the initial upgrade, instead of a conventional wild, you’ll get a Stacked Wild (requires 30 coins).

Wins are multiplied by a random amount when you use the Multiplier Wild (requires 60 coins collected).

Sticky Wilds stay in place until they can assist in the formation of a new combo. They then leave. Until then, it builds up a multiplier with each spin until it is used in a combination. It can achieve a maximum multiplication of 20x.

It’s also worth noting that once you’ve completed all of the upgrades, the 6th reel will become active (turns from meter to regular reel). Because you can now construct combinations of up to six symbols, your chances of winning improve even without the wild’s multiplier.

A second version of the wild can be obtained using a random feature. Thunder Wilds is a feature that adds 3-6 extra wilds to the game area, ensuring a win. You can obtain up to 9 of these wilds if the 6th reel is activated.

The action in Zillard King centres around a massive lizard that appears to be related to Godzilla. The creature appears to emerge from the sea, and we can see skyscrapers in the background. With New York’s luck, it will very certainly be the target once more. Overall, the design is satisfactory, owing primarily to the premium symbols, as the lower ones are unimpressive.

The card suit icons, composed of jewels, are the first symbols on the paytable. Gas masks, a compass, helicopters, and orbs appear in the premium versions. A Wild logo will also play an important role in the game.

In the end, Zillard King shows to be a fun online slot, but don’t anticipate it to have the same massive potential as other new releases. A big list of special features is also out of the question, because this game is all about the wilds.